+31 85 0775 105
Fast: Buying today is on the road tomorrow
Easy: Everything arranged. From paperwork to transport
Personal: Always the same contact person

JB Trading is known as an accessible company. Whether you have a question via telephone, at the desk, or via social media; there is always a salesperson at your service who will personally help you. We ensure that everything will be arranged for our customers. And, as quickly as we can.

JB Trading trades worldwide in used trucks, tractors, tippers and trailers. In addition, we have a wide range of construction equipment and commercial vehicles.

JB Trading was started by Jack and Jeroen Brouwers. The love for trucks is something that the brothers inherited from an early age. Their father did spend his entire life trading trucks, in other words; Jack and Jeroen grew up with them. And trucks are still the heart of the company!

Jack and Jeroen started JB Trading in 1995. The first trucks were stored in Voorthuizen, behind the farm of their father and mother. These trucks were mostly sold to companies in France.

Because the site in Voorthuizen quickly became too small, JB Trading moved to its own building in Ede. In the meantime, a secretary and a driver were hired.

Read more about our history

Have a look around from your seat 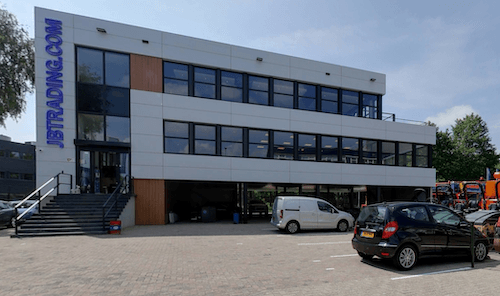 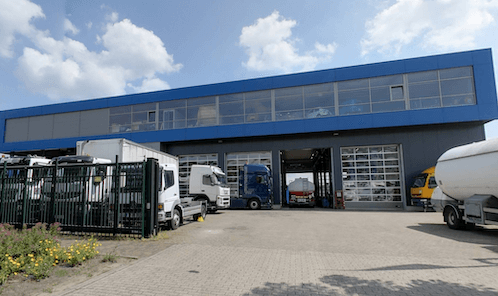 Good advice, helpful salespeople, I like to go shopping there

JB is the largest I have done business with so far. Located at Marconistraat 22, 6716 AK Ede Netherlands. There is various brand of trucks and other heavy duty vehicles. Although thus is my first time here, I am sanguine I will get value for my money because their product is optically in top condition. And before I forget, I was served coffee and soft drinks on arrival.

JB Trading is a very reliable company. We are very satisfied with the proper management of transports. In addition, the prices are also very competitive. JB Trading is very helpful with technical questions. The sellers understand trucks and often answer a whatsapp message within 10 minutes. Above all, they are very transparent. If it’s a good truck, they say it. But if it is bad they say so too. We have never had a bad surprise after a delivery. I recommend JB Trading to all my friends.
Keep it up!

I am very satisfied with JB Trading. They are very reliable. When I ask a seller to check a truck at a certain point, I get an honest answer. So I buy unseen trucks because I know they deliver what they promise.
The trucks delivered are always fine.